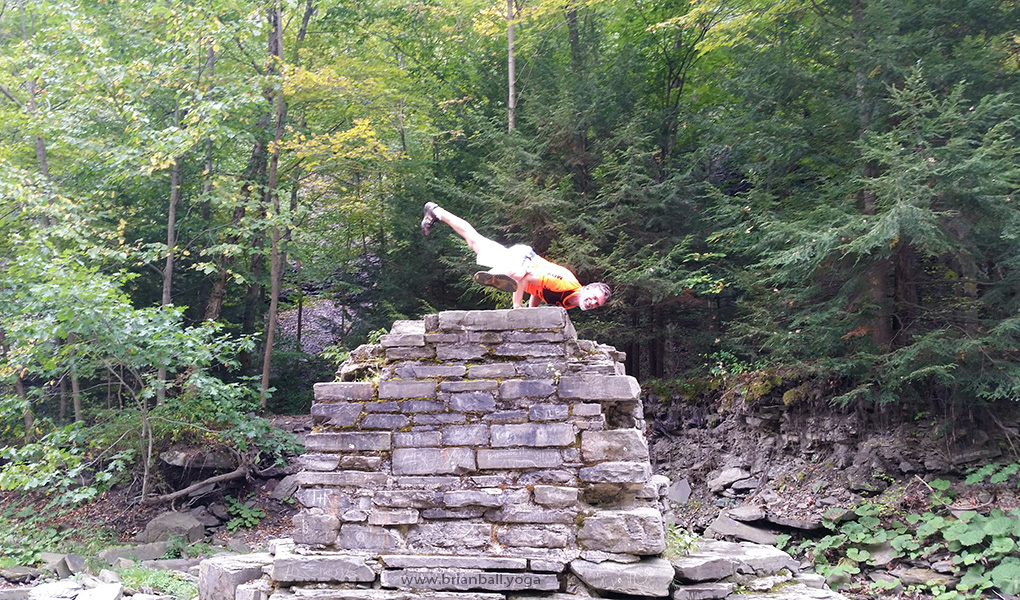 Eka Pada Koundinyasana II, at least for me anyways, is a lot easier than it looks and I am really starting to love this posture. I am currently working on transitioning from EPK2 up into Chin Stand and then back down again into EPK2 but to the other side. Fairly difficult but when successful it’s really fun!

This shot was taken during an outing with the kids from our Young Men’s Church Group a couple of weekends ago. Earlier in the day we were at Watkins Glen but this pic was taken during the hike in to Taughannock Falls which is just north of Ithica. Both absolutely beautiful places. Taughannock Falls enjoys a 215-foot drop, making it 33 feet taller than Niagara Falls and it is the tallest single-drop waterfall east of the Rocky Mountains. 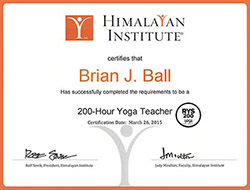